Gallstones after bariatric surgery – how to reduce the risk? » Bariatric Services

Gallstones after bariatric surgery – how can we reduce the risk of developing them?

One in ten patients who have had bariatric surgery will later need to have their gallbladder removed due to gallstones. The main causes of gallstones are rapid weight loss and changes in bile acid circulation after bariatric surgery. Gallstones that cause problems usually develop within the first two years after surgery. After that the risk of developing them does not differ from the population average.

The risk of gallstones can be reduced with the help of medicinal products and diet. The most commonly used medicinal product is ursodeoxycholic acid, which is available on prescription in pharmacies. It has been shown that administering this medication over a period of six months post-surgery significantly reduces the risk of developing a small, hard crystalline mass formed abnormally in the gallbladder.  According to a published study, if gallstones usually occurred in 100 out of 1,000 patients who had undergone the surgery, then only 43 out of 1,000 patients would develop gallstones when taking ursodeoxycholic acid. The medication is used for six months after  surgery (during the rapid weight loss period). The cost of the medicinal product with the 50% discount is 14–15 euros per month, which is just under 90 euros for a period of six months.

Studies have found that bile solubility improves as the levels of blood lipids and triglycerides return to normal and the lecithin levels in bile increase.

Based on this, the following dietary recommendations should be followed

Balancing the fats and the carbohydrates in the diet helps normalise the levels of blood lipids and triglycerides. For  this: 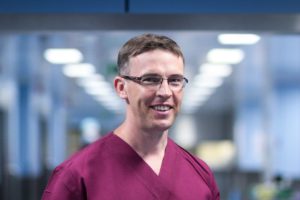 Facts about bariatric surgery in Estonia